The Talla-Hartfell project covers an area of 47,215ha in the central Southern Uplands. The project area boundary is roughly demarcated by the communities of Moffat, Tweedsmuir, the upper Yarrow (at the Gordon Arms Hotel) and Ettrick. 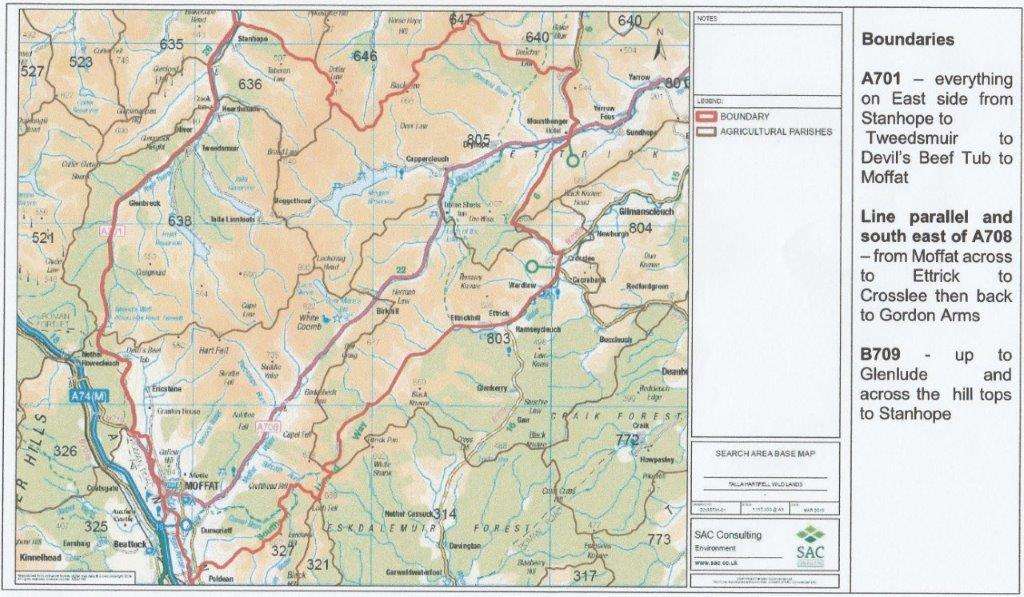 At its heart lies the NatureScot Talla-Hartfell Wild Land Area (9,335ha), one of 42 Wild Land Areas recognised by NatureScot in 2014, of which only two are found in southern Scotland. Wild Land Areas are described as the most extensive areas of high wildness and are identified as nationally important in Scottish Planning Policy but are not a statutory designation. More information about them can be found here. 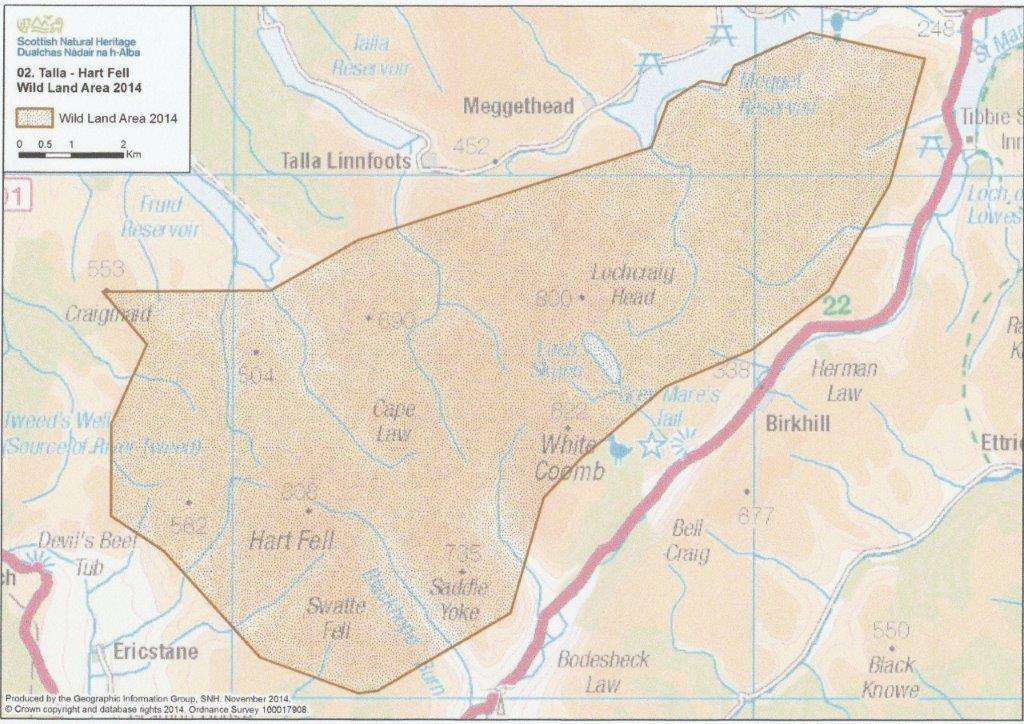 Traditionally dominated by upland hill farming, since the 1970s there has been a significant change in how the land in the project area is used, with output from agricultural activity being increasingly replaced by income from commercial forestry – a trend which is expected to continue for the next decade. This was confirmed in a report commissioned by the Southern Uplands Partnership in 2019, the full text of which can be found here.

Taking this report as a thought-provoking starting point, the Southern Uplands Partnership has been speaking with a wide range of representatives and stakeholders from across the project area to gain an understanding of how local people view its future.

Conversations have now been started with well over 100 people across the area, including residents from all the communities involved, business owners, land owners, farmers, tourism providers/accommodation owners and conservation organisations.

A range of common interests and concerns has emerged, including (but not limited to):

* How to secure the future of farming

* Lack of employment for young people

* Forestry – the effect of commercial forestry, the need for native planting

The aim behind this project is to identify possible initiatives that would:

Ecomuseum and other initiatives

The first such initiative is the creation of an online Ecomuseum, made up of artefacts, stories, memories and pictures contributed by the local communities, working with Tweedsmuir Community Company, Ettrick and Yarrow Development Company and Visit Moffat.

It is hoped that this will gain considerable community support and that it will help both to preserve something of the area’s unique and distinctive heritage and to create and/or re-establish inter-community links. Funding for the Ecomuseum has been provided by Scottish Ministers.

Other projects currently under discussion include (but are not limited to):

If you have queries or would like to contribute thoughts and ideas about any of the above, or if you would like to be involved in some way, we would like to hear from you. Please contact Donald Greig, Project Leader, by email at dgatwork@btinternet.com

Read some more of our articles

SUP Services Ltd are delivering the Scottish Borders Construction Forum Project, which has been set up to discover how best to help and assist…
Read more

It feels like it has been a winter of Dudley, Eunice and Franklin, rather than a more seasonal cloaking of crisp snow, but we…
Read more

You can read all about, among other things, the new eco-museum, a new coastal trail along the Solway Firth, the annual Wildlife Recorders’ Gathering,…
Read more

Talks from the AGM

Working with local people, communities and businesses to make sustainable use of our natural and cultural heritage